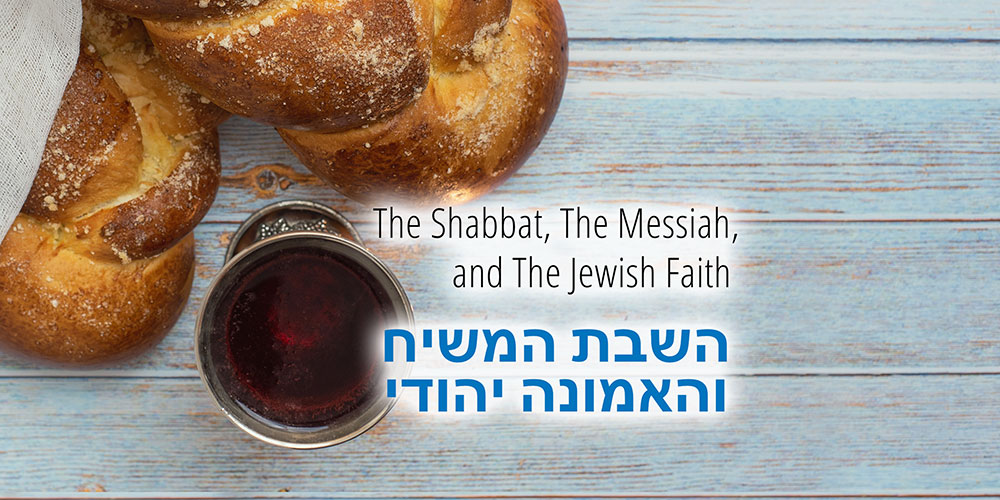 The Shabbat, The Messiah, and The Jewish Faith

In a commentary about the Torah portion BeShalah בשלח that was published in the January 18-24, 2019 edition of the International Jerusalem Post titled ‘Faith, justice and humility’,  Rabbi Shmuel Rabinowitz (the Rabbi of the Western Wall and Holy Sites) mentions the Shabbat in reference to the ‘Statutes and Ordinances’ that were given by HASHEM to Israel at Marah. In this reference he states:  “The Sabbath שבת undoubtedly symbolizes faith in creation of the world, and particularly faith in G-d’s benevolence, the Creator and He who manages all of reality. The Sabbath is a sacred day; it is defined as the day when man focuses on his relationship with G-d.  A person who keeps the Sabbath שבת is actually declaring his Jewish faith.”  This is quite a brilliant statement.  It becomes especially brilliant when it is extended to the Messiah המשיח.  It is said that when the Messiah המשיח comes, he will usher in the day (or age) in which all is Shabbat. יום שכולו שבת

Yeshua ישוע said that he is Lord of the Shabbat שבת.  What did he mean by that statement?  He meant everything that Rabbi Rabinowitz said in the aforementioned quote.  A Jew who enters into a personal relationship with HASHEM through the work of the Messiah Yeshua המשיח ישוע also enters into a “day in which all is Shabbat.” יום שכולו שבת In that sense Yeshua ישועה is Lord of the Shabbat. The reality of this relationship is resting in the creative work and management of HASHEM.  He is intensely reliant upon the Spirit of G-d רוח אלהים who manifests the work of HASHEM which is the death, burial, and resurrection of the Messiah המשיח.  A person who has this personal relationship יחס ישי with HASHEM acknowledges the magnificence of the works of G-d which He finished at the creation of the world. It is a place of rest yet at the same time it is dynamic.

This dynamism has to do with possessing the power of G-d to heal the sick, cleanse lepers, raise the dead, speak in tongues, and cast our demons by the Spirit of G-d רוח אלהים in the name of the Messiah Yeshua המשיח ישוע. Yeshua ישוע said:

But if I by the finger of G-d cast out demons then is the kingdom of G-d come upon you.

The power to cast out devils:

Out of the mouth of babes and sucklings you have established strength, Because of your adversaries, That you might still the enemy and the avenger.

A Jew who has these capabilities is also totally reliant upon HASHEM for the nine gifts of the Spirit, and the nine fruit of the Spirit.  This is a place of humility. This is similar to the place Moses משה was inhabiting when he said he wished all Israel were like him.   It is the Shabbat and the Jewish faith.  We recognize, as with the red heifer, that some of the works of HASHEM are totally beyond our understanding, and we humbly submit ourselves to the power of the Spirit of G-d רוח אלהים.

Thereby we enter into the rest or Shabbat of HASHEM.  This fulfils in a glorious way the declaration of HASHEM that He made at the end of Psalm 95 when He said:

Wherefore I sware in my wrath, If they should enter into my rest.