Newest Articles » The Fundamental Principle of the Torah 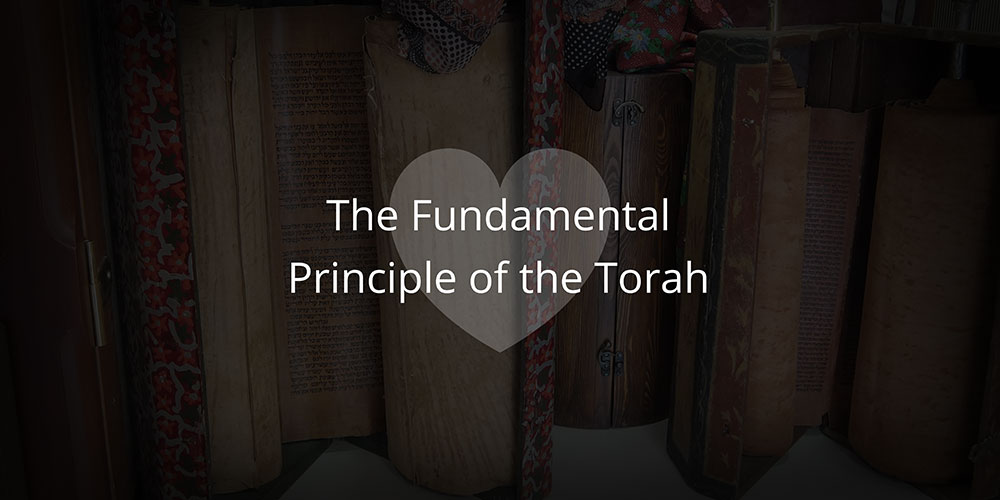 The Fundamental Principle of the Torah

The Fundamental Principle of the Torah

The Love that flows from G-d

It is the spring from which all the commandments, precepts, testimonies, and judgments flow. It is the root of all the action of HaShem.

Love  אהבה takes less energy than being on the defensive.

Many times we start our day being on the defensive, and therefore we fail to live, and enjoy

life to its fullest measure.

Righteousnessצדקה  is right action in the context of love.

Right action in the context of the principle of love is the foundation of the law,

This principle is the artesian wellspring of the Torah from which the commandments, precepts, testimonies, and judgments originate and emanate.

The deep things of the Torah are mercy, and kindness, and justice.

Mercy חסד is another trademark of love.

Mercy is the principle of love.

You can’t have mercy without love.

It all blends together.

The priesthood, the Cohanim, and the sacrifices, all point to love.

The purpose is forgiveness and reuniting with G-d-HaShem.

This is the whole purpose of Leviticus-VaYikra  ויקרא -the center book of the Torah.

Grace  חןis another trademark of love.

The true principle of action in the Jewish context is love.

It is the depth and the true meaning of the Torah.

The correct interpretation and understanding of the Torah always springs from it.

The whole law can be simplified.

It is all about mercy, grace, justice, and compassion.

Love is the perfecting of the Torah.

Its complete, total, and consummate incarnation is in the Messiah.

The Law, the Torah, deals with how to treat other people.

But their basis is love.

The root of the word Torah is teacher, or parent.

In it is G-d as our Father.

The first time HaShem appeared to Abram in the Land of Israel was in Shechem, when Abram was under the Alon Moreh-the oak of Moreh.

And Abram passed through the land unto the place of Shechem, unto the terebinth of Moreh. And the Canaanite was then in the land.

And the LORD appeared unto Abram, and said: ‘Unto thy seed will I give this land’; and he builded there an altar unto the LORD, who appeared unto him. Genesis 12:6-7

Why did HaShem choose to first meet with Abram there, and not in another place?

This is because HaShem is our Father-Teacher, and in His love He is strong and unmovable.

It was here in the land, that HaShem first gave Abram the promise of the inheritance of the land of Israel.

This was given in love אהבה.

It was on Mt. Moriah, the place of the Father-Teacher, that HaShem told Abraham to sacrifice his only son Isaac, the son of the promise.

The commandment was given in love אהבה.

And it came to pass after these things, that God did prove Abraham, and said unto him: ‘Abraham’; and he said: ‘Here am I.’And He said: ‘Take now thy son, thine only son, whom thou lovest, even Isaac, and get thee into the land of Moriah; and offer him there for a burnt-offering upon one of the mountains which I will tell thee of.’ Genesis 22:2

The commandment was given in love אהבה.

It was here, on Mt. Moriah, that the angel told David to sacrifice to stop the wrath of the plague, on the threshing floor of Ornan the Jebusite, after David had numbered Israel.

Then the angel of the LORD commanded Gad to say to David, that David should go up, and rear an altar unto the LORD in the threshing-floor of Ornan the Jebusite. I Chronicles 21:18

.And David built there an altar unto the LORD, and offered burnt-offerings and peace-offerings, and called upon the LORD; and He answered him from heaven by fire upon the altar of burnt-offering. . I Chronicles 21:26

This was given in love אהבה.

It was here, on Mt. Moriah, that the holy temple, was built, and sacrifices and praises were offered to HaShem.  The glory of HaShem moved from Sinai to Jerusalem.

Then Solomon began to build the house of the LORD at Jerusalem in mount Moriah, where [the LORD] appeared unto David his father; for which provision had been made in the Place of David, in the threshingfloor of Ornan the Jebusite. II Chronicles 3:1

The transfer was made in love אהבה.

It was here that the Messiah was sacrificed as a lamb, to bring atonement and cleansing from sin, to bring eternal life and the resurrection from the dead.

This sacrifice was made in love at the commandment of the Father.

The law was a schoolmaster to bring us to the Messiah.

This is the Yom Shay Cooloh Shabbat.  The Day that All Is Shabbat.

It was here that we were released to exercise love.

We were released to exercise the precepts of the Torah in the true context of love.

We were released from the religious context, which is doing the precepts of the Torah without the basis of love: the mere routine performance of the law only by tradition.

Now it all ties together.

It all makes sense now.

It has to do with loving G-d HaShem.

It has to do with loving man.

It has to do with living life to its fullest.

It has to do with receiving the blessings of HaShem.

It has to do with inheriting the land. Deuteronomy 28:1-13