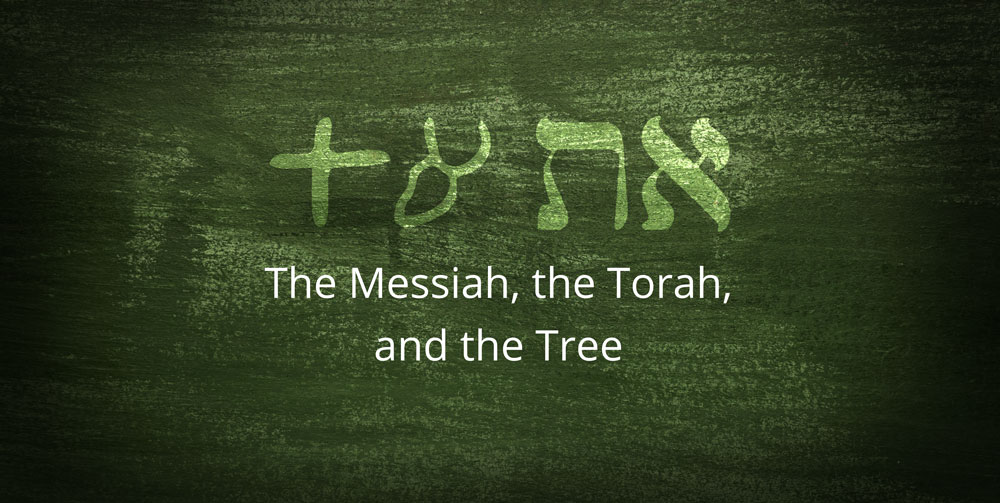 The Messiah, the Torah, and the Tree

The Messiah, the Torah, and Crucifixion

then you shall not leave his body on the pole or tree overnight. Rather, you shall absolutely bury him on that same day. He that is hanged is cursed of God. Therefore you shall not defile your land, which the Lord, your God, is giving you as an inheritance.

The way the Torah תורה commands Israel to put to death a person who has broken the command of HASHEM  is always through stoning.

Then you shall bring outside the gates of your cities that man or that woman who has committed this evil thing, and you shall pelt them with stones, and they shall die.

Indeed, the verse just before the mysterious verses about hanging is the judgment for a rebellious son, and that sentence is the sentence to death through stoning.

And all the men of his city shall pelt him to death with stones, and he shall die. So shall you clear out the evil from among you, and all Israel will listen and fear.

So why does HASHEM bring up execution by hanging?

Why is the hanged person cursed of HASHEM? קִלְלַת אֱלֹהִים

Why is the body to taken down from the tree before the sun goes down in order to prevent the land from being defiled?

How could the body being left on the tree during the night until the next day, (or even longer) defile the land?

The answers to these questions are hidden in the understanding of what is meant by death through hanging on a tree.

First we have to understand that “hanging on a tree or a pole (a piece of wood)” does not only mean hanging by the neck, as is the traditional view in modern Western societies.  In the Middle East this “hanging on a tree” can mean crucifixion.  This was done by tying or nailing the accused person to a pole or a piece of wood.  Thus the Hebrew word “ets” אץ or wood or tree is used in describing this type of execution.

In the time of Moses, when HASHEM gave the Torah at Sinai, and also later from the Tabernacle, crucifixion or hanging from a tree was practiced in Babylon.

It was a known Babylonian method of execution.  This method had probably been devised by Nimrod during the time of the tower of Babel as a way to control the people in his empire.  It was a very useful method by which he could declare his power, and create terror in the hearts of the people, thereby holding them in subjection. After Nimrod’s death it was practiced by Semiramis his wife.  Crucifixion was a method of execution used against the crime of rebellion.

Death by crucifixion came to be considered the most obscene, the most disgraceful, the most horrific execution known to man. It was the most dreaded method of execution in the ancient world.

In the Codex of Hammurabi, which was written on a black diorite stone, law 153 requires the crucifixion of a woman who caused the death of her husband for the sake of another man.  Hammurabi was the king of Babylon, and the stone was dated by archaeologists to have been engraved around 1792 B.C.

Crucifixion spread from Babylon to Egypt, and was used as a method of execution to a limited degree at the command of the Pharaoh.  It became more frequent in use during the period of the New Kingdom, during which time the Israelites were slaves.  This method of execution was known to Israel and to Moses.

The Assyrians also practiced crucifixion by impaling their victims upon stakes.

Later when Babylon became a world power under Nebuchadnezzar, crucifixion  having originated in Babylon, was still practiced there after more than a thousand years.

The Persians learned crucifixion from the Babylonians, and used it upon them in order to humiliate and to subject them to their power.  In 519 B.C., Darius the king of Persia crucified 3000 of his political opponents in Babylon. The Persians found this method of punishment to be so effective in quelling insurrection, they adopted it as their own.

Alexander the Great used crucifixion. He crucified some 2000 survivors from his siege of the Phoenician city of Tyre.

Alexander Jannaeus took his army to fight the Nabaeteans in Perea but suffered a disastrous and humiliating defeat.  While he was away from Jerusalem, the Pharisees had staged a revolt against their Hasmonean ruler.  When Alexander Jannaeus returned to Jerusalem, he took 800 Pharisees and crucified them outside his palace window so that he, his wives, and his concubines could watch them die in agony.

The Carthaginians learned crucifixion from the Greek wars, and used it against the Romans in their wars against Rome.

The Romans learned crucifixion from the Carthaginians and used it to consolidate their empire.  When Spartacus rebelled against Rome, Crassus crucified 6000 of the rebels along the Appian Way, all the way from Rome to Capua in 71 BC.  The crosses stretched for 200 kilometers in a horrific display. In another display of power, Julius Caesar used crucifixion against the pirates who had captured him and demanded a ransom.

The Romans found crucifixion to be an excellent tool of terror to assert their dominion.

They even designated a special field outside the Esquiline Gate of the capital city of Rome for the execution of criminals and slaves.  The stakes, or trees, were fixed into the ground.  They were used again and again for multiple executions.

The Romans perfected crucifixion as a torture designed to produce maximum pain and  slow death. This could last for days or even weeks. They developed steps to the execution.  First, the victim’s body was scourged by soldiers using a flagrum or flagellum (a whip with thongs containing sharp lead balls). Second, the scourged person was forced to carry the cross beam on his shoulders to the place of execution. Two soldiers were assigned to announce his crimes, and pour shame and contempt upon the person carrying the beam. They were accompanied by a centurion and two more soldiers. Third, when they arrived to the place of execution, which was a public place usually outside the gates of the city, the person was stripped naked, and the two soldiers would tie or nail the condemned person’s hands and feet to the wood beams. The nails were placed in the wrists between the radius and the cubitus in a carefully calculated manner, so that they would piercc the ganglia of the nerve centers without piercing any arteries or veins. This was done in a carefully calculated manner so that the victim would not bleed to death and would experience the utmost severe, excruciating, and prolonged pain without bleeding to death.  The feet were carefully nailed through the ganglia of the nerve centers in a similar manner. A small block or plank called a sedile was placed under the feet. This was devised so that the crucified person could push himself up to try to ease his pain, but this would only prolong his agony.  The soldiers erected the cross upright for all to see.  A crowd was allowed to gather and mock, and jeer, heckle, and castigate the condemned person while he was suffering.  The soldiers would often cast lots for the victim’s clothes. Fourth, the soldiers would monitor the length of time before the crucified person died.  This could be hours, or it could be even days.  The soldiers were not allowed to leave the site until the crucified person died.

They could prolong the person’s agony by giving him vinegar or gall to drink instead of water.

Insects, birds, and even animals were allowed to eat the person’s body while he was dying.

If the soldiers grew impatient, they would hasten the death by breaking the victim’s legs with an iron club, or by throwing a spear into his heart.

Fifth, after death the victim’s body was seldom allowed to be taken down from the tree after death to be buried.  Usually the body was left on the cross to be consumed by birds, rodents, and other animals, and insects, and the remains left to rot.

Jerusalem was the capital of Israel, and the Holy Temple was in Jerusalem.  This was the place where the feasts occurred and where all Israelis were commanded by God to gather three times each year.  The capital being in Judea, most insurrections, or rebellions were focused and occurred in this area. Here the crucifixions were perpetrated in great numbers, and with great savagery.

The following is a chronicle of some of these crucifixions of Israelis.

After Herod the Great’s death, Publius Varus, along with Archelaus, Herod’s son, crucified 2000 Israelis to quell the insurrection that had erupted in Jerusalem.

Quadratus conducted a wholesale crucifixion of zealots and rebels, and anyone suspected of collaborating with them in 52 A.D.

Florus had Jewish judges tortured and crucified while he beheld their agony.

During the siege of Jerusalem in 70 A.D., Titus the Roman commander, ordered the crucifixion of all Jewish prisoners of war on the walls of the city, and there were as many as 500 crucifixions each day.  It was reported that the Romans crucified a Jew at every milepost on the road between Jerusalem and Jericho.

During the period of Roman occupation anyone claiming to be a messiah, or accused of fomenting an insurrection against Roman rule was crucified.

During the Bar Kochba revolution in 132-136 A.D., the Roman legions under the command of Hadrian, methodically burned and plundered Judea, and crucified as many as 500 Israelis each day during the later part of the war.

The scope of Roman terror was horrendous.

Since the Messiah המשיח had to be killed or “cut off” before the Second Temple was destroyed according to the prophecy of the Prophet Daniel, then by what means was the Messiah to be killed?

And you shall know and understand that from the emergence of the word to restore and to rebuild Jerusalem until the anointed king the Messiah [shall be] seven weeks, and [in] sixty-two weeks it will return and be built wide and fortified with hewn stones, but in troubled times

And after the sixty-two weeks, the Messiah will be cut off, and he will be no more, and the people of the coming monarch will destroy the city and the Sanctuary, and his end will come about by inundation, and until the end of the war, it will be cut off into desolation.

Since the Messiah המשיח NEVER broke ANY commandment of the 613 commandments of the Torah, He could not be killed by stoning.

The Torah commanded death by stoning for a person who had broken the commandments of the Torah.

The Messiah המשיח had to die by a Gentile method of execution. This was the method used by the Roman occupiers of Israel: crucifixion. Crucifixion was specified by the Romans for insurrection, or for anyone who might in any way be regarded as messiah or a deliverer of the Jewish people.

Also the “scepter had departed from Judah.”  Herod the Great had removed the power to execute a person from the Hasmoneans, and from the Sanhedrin, and had given the power to the Romans.

The scepter shall not depart from Judah, nor the lawgiver from between his feet, until Shiloh comes, and to him will be a gathering of peoples.

The Messiah Yeshua המשיח ישוע had to die by the hands of the Romans, or by crucifixion. That is, “hanging on a tree.”