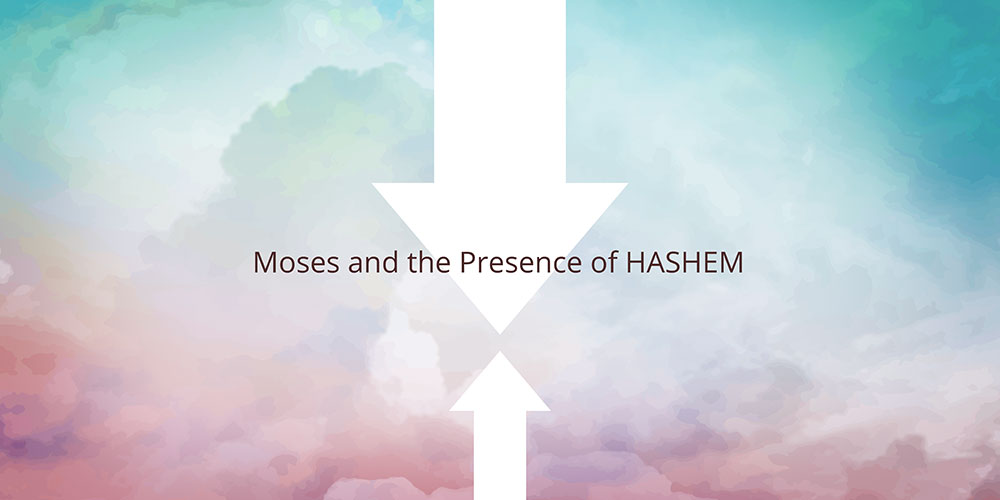 Moses and the Presence of HASHEM

Moses and the Presence of HASHEM

Moses is seeking to understand HASHEM and to find favor in His sight.  He desires to know HASHEM, and to know His ways so that he can walk in them in order that He can please HASHEM.  Moses had a relationship with HASHEM.  HASHEM would speak to him as his friend.

Moses understood and valued this relationship.  It was not based on just a set of rules.  It was based on companionship.

Then the Lord would speak to Moses face to face,

as a man would speak to his companion,

and he would return to the camp,

but his attendant, Joshua, the son of Nun, a lad,

would not depart from the midst of the tent.

It is interesting that Joshua is mentioned here.  Joshua also understood the vital importance of the anointing and the companionship with HASHEM.  He knew that a set of rules was not enough.  He had to dwell in the midst of the tent.

Religion is just a set of vain rules.  It is VANITY.  הבל   There is no understanding of the ways of HASHEM, and you can’t really please Him because there is no understanding of Him in your heart and in your mind.  It is just a set of rules. This is why religion is a problem.  The rules and rote prayers become a substitute for a relationship with HASHEM. They engender SELF righteousness, and the mind becomes puffed up.  You do not get to know and understand HASHEM.  He is just at a distance.

This is the desire of HASHEM with His people Israel. ישראל עמו

And I will betroth you to Me with faith, and you shall know the Lord.

When you seek to find favor in someone’s sight, it is because you love that person.

We have to believe when we pray.  But believing comes from a relationship.  Because HASHEM says “I will betroth you to me with FAITH.” וְאֵרַשְׂתִּיךְ לִי בֶּאֱמוּנָה We know the ways of HASHEM and He acts on our behalf.  He acts because of our love relationship.  HASHEM knows all things, and all things are open and naked in His sight. He gives us the answer to our prayers. This is the essence of the TORAH.  The TORAH is a living Word of HASHEM that moves in our hearts.

He gives you as your heart [desires], and He fulfills all your counsel.

Let us sing praises for your Yeshua,

and let us lift up banners in the name of our God;

the Lord fulfills all your requests

The pride and ignorance of religion keep us from believing.  HASHEM knows more that we know.

Moishe knew this when He said to HASHEM:

The answer that HASHEM gives to Moses is because of the relationship that HASHEM has with Moses.

So He said, “My Presence will go, and I will give you rest.”

The PRESENCE of HASHEM gives us rest because He answers all our petitions and fights all our battles as He goes before us so that we are victorious.

But what is the PRESENCE or the FACE of HASHEM?  פני יהוה

The Messiah Yeshua ישוע המשיח said this, after He had risen from the dead, when He was about to leave this earth תבל to sit on the right hand of the MOST HIGH according to Psalm 110.

“And I will pray the Father and He will send you another Comforter, that He may abide with you forever.”שוכן אתך לעולם

This is none other than the SPIRIT OF G-D. רוח אלוהים

The SPIRIT OF G-D. רוח אלוהים  brings the ANOINTING. המשחה

At the request of the Messiah Yeshua the King המשיח ישוע המלך, HASHEM sent the SPIRIT OF G-D רוח אלוהים  from His throne to dwell in us, and to fight our battles, and to bring us into His rest, which is to cause us to keep the Shabbat שבת  of HASHEM.

The SPIRIT OF G-D. רוח אלוהים  brings us

into the PRESENCE or the FACE of HASHEM.  פני יהוה

This is confirmed by what the prophet Isaiah ישעיה says about Moses:

As the beast goes down into the valley,

The SPIRIT of HASHEM

Causes him to rest.

So did You lead your people,

To make yourself a glorious name.

The SPIRIT OF HASHEM רוח יהוה   brings us into the REST of HASHEM.

This REST is the ESSENCE of the SHABBAT. שבת

Indeed, so important was this to Moishe that he cries out to HASHEM:

“And he said to Him, “If Your Presence does not go [with us], do not take us up from here.”

In other words, Moses is saying, “Don’t even bring us up from Sinai. Without your PRESENCE everything is worthless, and the Tikun Olam תיקון עולם is impossible.  We will lose our battles.

Without HASHEM going before us FIRST,  all our works are worthless.  They are as chaff, the empty works of the flesh that are blown away by the winds of adversity.  They have not permanence or staying power.  This is as the Preacher says in Ecclesiastes Kohelet ֹ קֹהֶלֶת

What profit has man in all his toil that he toils under the sun?

“For how then will it be known that I have found favor in Your eyes, I and Your people? Is it not in that You will go with us? Then I and Your people will be distinguished from every [other] nation on the face of the earth.”