Newest Articles » The Definition of the Word Good 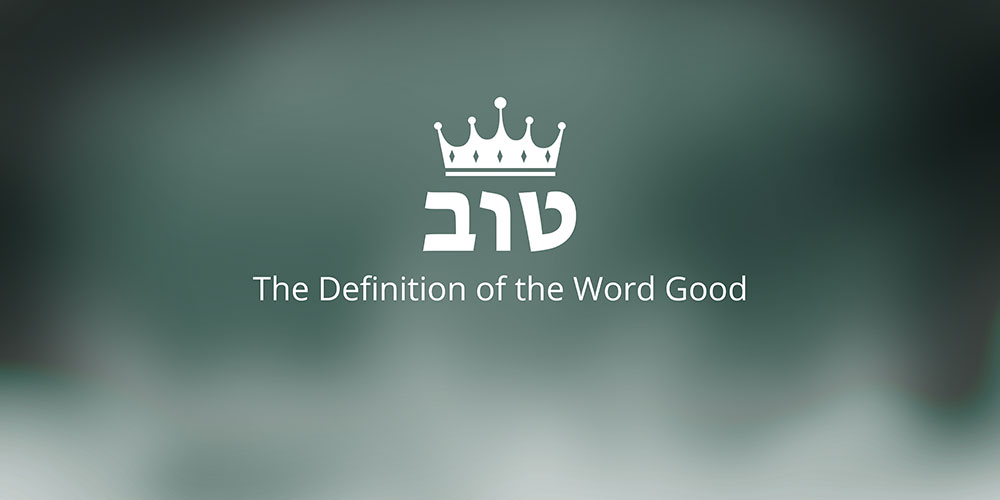 The Definition of the Word Good

The Definition of the Word GOOD

In I Peter 2:3 the essence of the word GOOD טוב is revealed.  The New Testament is the Tanach תנך  revealed. The Greek word used for GOOD is Christos.  This is a variation of the word “Anointed”.  In Hebrew the word for anointed is the basis for the word Messiah משיח.  When you substitute Messiah משיח for GOOD טוב in the first chapter of the Torah, you find that everything was made by the Messiah משיח. This agrees with the following revelations:

Hebrews 1:2  HaShem has in these last days spoken to us by his Son, whom HaShem has appointed heir of all things, by whom also He made the worlds.

The DESIGN was that the earth was FOR Messiah משיח.

This fact is corroborated by another revelation.

Ephesians 1:10   That in the dispensation of the fullness of times HaShem might gather together in one all things in Messiah משיח, both which are in heaven, and which are on earth; even in Him Messiah משיח.

This shows that from the midst of Israel the Messiah משיח Yeshua ישוע will reign from Jerusalem-Zion over all things.

This is declared in the Psalm.

Psalm 110: The LORD shall send the rod of your strength out of Zion: rule in the midst of your enemies.  Your people shall be willing the day of your power;  in the beauties of holiness from the womb of the morning: you have the dew of your youth.

Again, in the first chapter of the Torah, we see that the sixth day was VERY GOOD טוב מאד because the Messiah משיח had to take on flesh and become a Jew of the seed of Abraham.  This prophesies the reign of the Messiah משיח over all the earth as is stated in Psalm 89.

Again, returning to the verse in I Peter 2:3

If so that you have tasted that the LORD is GOOD.

This corresponds to Psalm 34:

Taste and see that the LORD is GOOD. Blessed is the man who trusts in him.

The two verses preceding this verse in I Peter talk about putting away all malice, and all guile, and hypocrisies, and envies, and all evil speakings.

When you do this in the Messiah משיח Yeshua ישוע it keeps you in the realm of GOOD.  This is the most pleasant and healthy reality.

This is confirmed by Psalm 34.

“Go to, my sons, hear me. I will teach you the fear of HaShem.

Who is the man who has delight in life, who loves his days, who sees good?

Keep your tongue from evil, and your lips from speaking guile.

Depart from evil, and do good.

Seek peace and pursue it.”

We are capable of this because we have been born again through trust in the Messiah משיח Yeshua ישוע.

This is the realm of the Messiah משיח Yeshua ישוע.

I Peter 2:22 reveals: He did no sin, neither was guile found in his mouth.

Also verse 24 declares:  Who his own self bare our sins in his own body on the tree, that we, being dead to sins, should live unto righteousness: by whose stripes you were healed.

This corresponds to Isaiah 53:5

We can live life in health and strength, and enjoy our days.